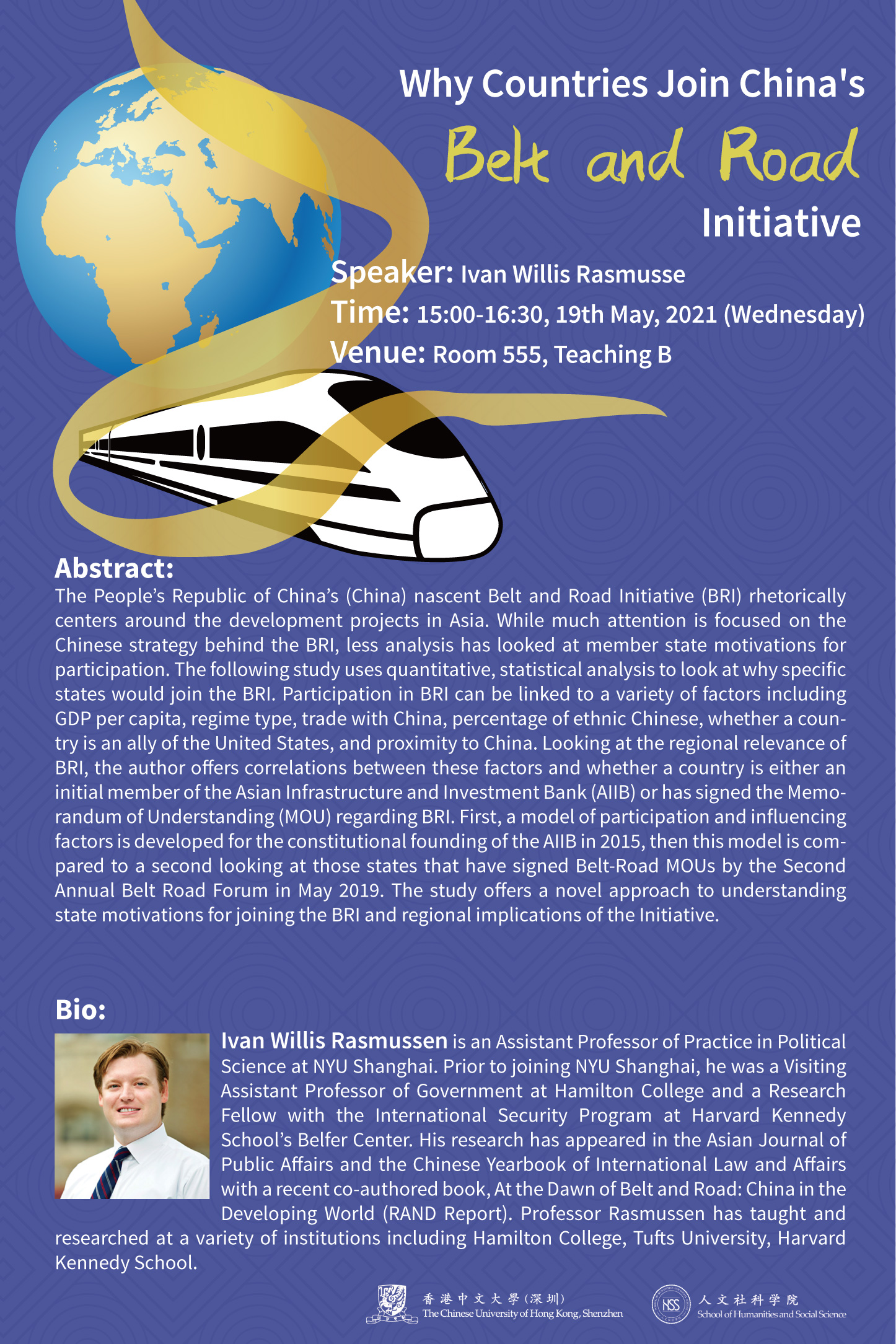 The People’s Republic of China’s (China) nascent Belt and Road Initiative (BRI) rhetorically centers around the development projects in Asia. While much attention is focused on the Chinese strategy behind the BRI, less analysis has looked at member state motivations for participation. The following study uses quantitative, statistical analysis to look at why specific states would join the BRI. Participation in BRI can be linked to a variety of factors including GDP per capita, regime type, trade with China, percentage of ethnic Chinese, whether a country is an ally of the United States, and proximity to China. Looking at the regional relevance of BRI, the author offers correlations between these factors and whether a country is either an initial member of the Asian Infrastructure and Investment Bank (AIIB) or has signed the Memorandum of Understanding (MOU) regarding BRI. First, a model of participation and influencing factors is developed for the constitutional founding of the AIIB in 2015, then this model is compared to a second looking at those states that have signed Belt-Road MOUs by the Second Annual Belt Road Forum in May 2019. The study offers a novel approach to understanding state motivations for joining the BRI and regional implications of the Initiative.

Ivan Willis Rasmussen is an Assistant Professor of Practice in Political Science at NYU Shanghai. Prior to joining NYU Shanghai, he was a Visiting Assistant Professor of Government at Hamilton College and a Research Fellow with the International Security Program at Harvard Kennedy School’s Belfer Center. His research has appeared in the Asian Journal of Public Affairs and the Chinese Yearbook of International Law and Affairs with a recent co-authored book, At the Dawn of Belt and Road: China in the Developing World (RAND Report). Professor Rasmussen has taught and researched at a variety of institutions including Hamilton College, Tufts University, Harvard Kennedy School.