Neural mechanisms of binocular rivalry in the human brain 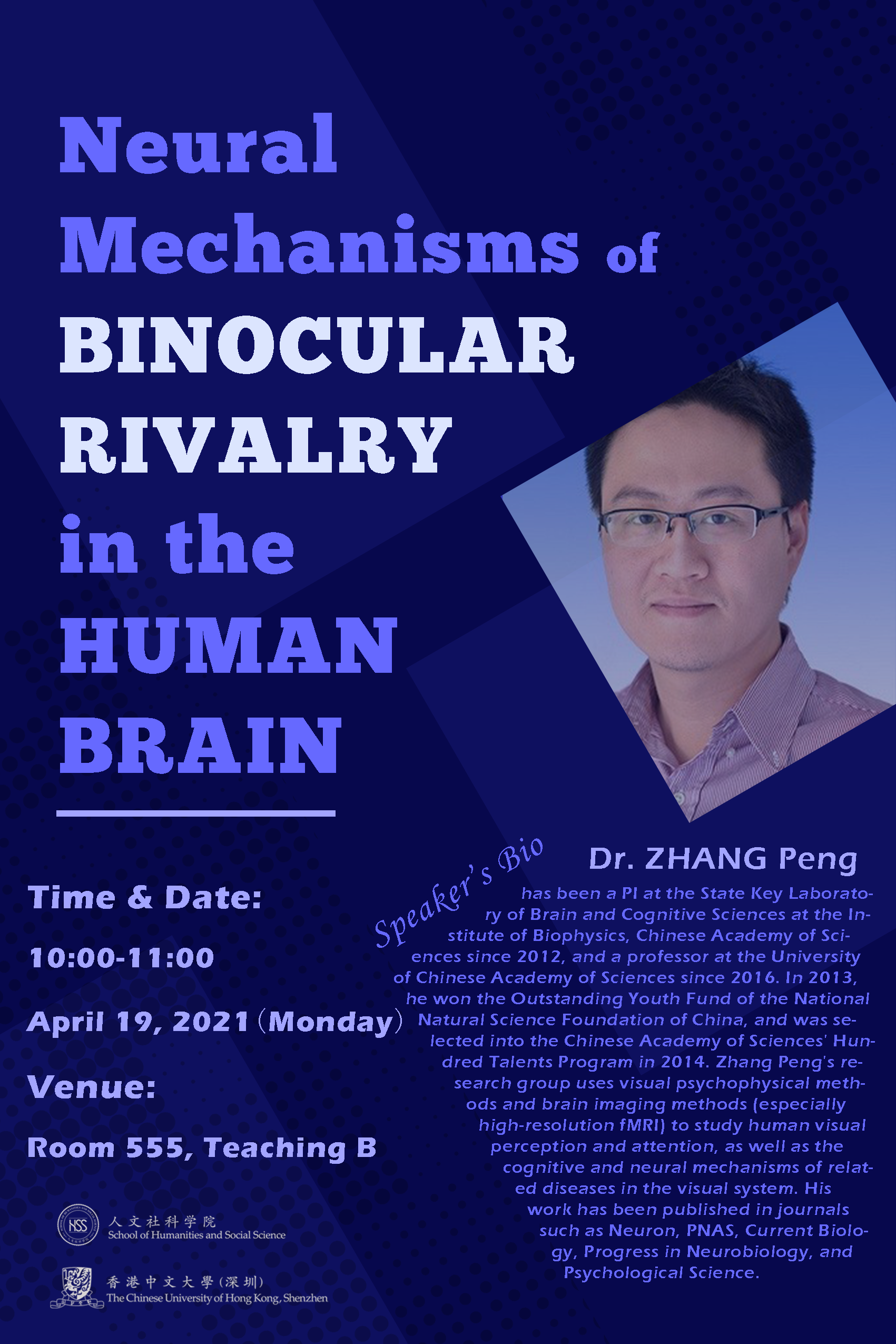 Topic: Neural mechanisms of binocular rivalry in the human brain

Speaker’s Bio:
Dr. ZHANG Peng has been a PI at the State Key Laboratory of Brain and Cognitive Sciences at the Institute of Biophysics, Chinese Academy of Sciences since 2012, and a professor at the University of Chinese Academy of Sciences since 2016. In 2013, he won the Outstanding Youth Fund of the National Natural Science Foundation of China, and was selected into the Chinese Academy of Sciences' Hundred Talents Program in 2014. Zhang Peng's research group uses visual psychophysical methods and brain imaging methods (especially high-resolution fMRI) to study human visual perception and attention, as well as the cognitive and neural mechanisms of related diseases in the visual system. His work has been published in journals such as Neuron, PNAS, Current Biology, Progress in Neurobiology, and Psychological Science.

Abstract:
Human brain can actively generate vivid subjective visual experience based on limited information from the retinal images. The neural correlate of conscious visual perception remains as one of the most important and challenging question in cognitive neuroscience. In our lab, we use visual illusions such as binocular rivalry to investigate the neural correlate of consciousness. During binocular rivalry, two different images were presented to the corresponding retinal locations of the two eyes, the observers’ percept will alternate between the two eyes’ images in a stochastic fashion. The retinal input thus remains constant, while the subjective visual experience changes dramatically over time. Binocular rivalry has been considered as a powerful tool to investigate the neural correlate of consciousness. In this talk, I will introduce the background and recent important progress on studies of the neural mechanisms of binocular rivalry, and demonstrate how to combine the power of visual psychophysics, electroencephalogram (EEG) and high-resolution functional magnetic resonance imaging (fMRI) to address this question.