On November 4, the “Foundation of Sustainable Development” course of the School of Humanities and Social Sciences launched experiential teaching, putting "Urbanization and Sustainable Development" research on Shenzhen’s streets and communities. It aimed at discussing how Shenzhen, the frontier of China's reform and opening up, deals with the housing problems under the circumstance of rapid urban development and sustainable development 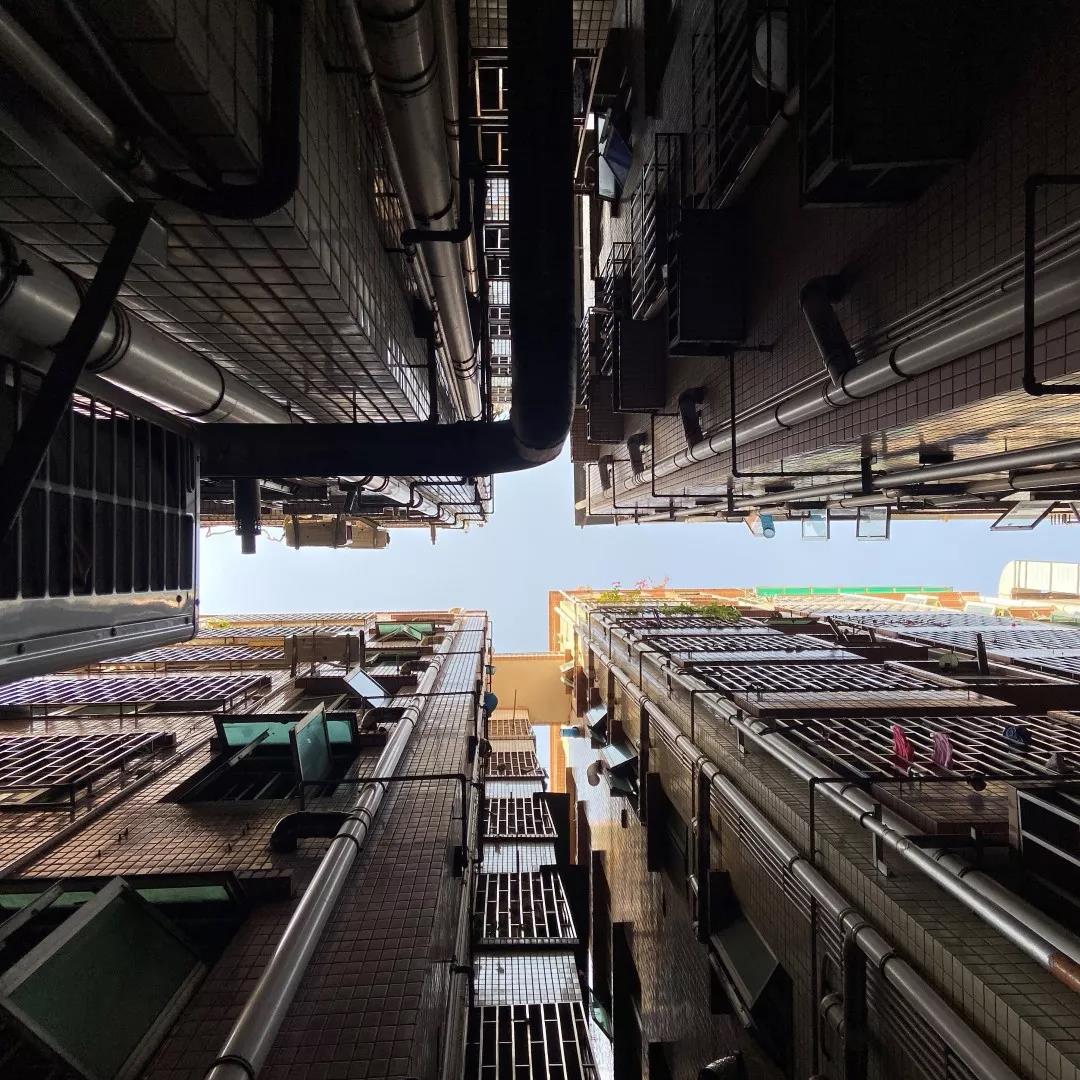 With the guidance of Prof. CHEN Yiyong from the School of Architecture and Urban Planning of the Shenzhen University and Dr. Dang Heping, the lecturer of the School of Humanities and Social Sciences, students first visited Shuiwei, the typical urban village, which was generally called woshoulou-"handshaking building". They learned that urban villages have provided relatively cheap accommodation for more than half of ctiy’s residents, which played a key role in boosting Shenzhen's economy. However, with rising concerns about fire safety in urban village, what measure will the government choose? On-site reconstruction or tearing down? 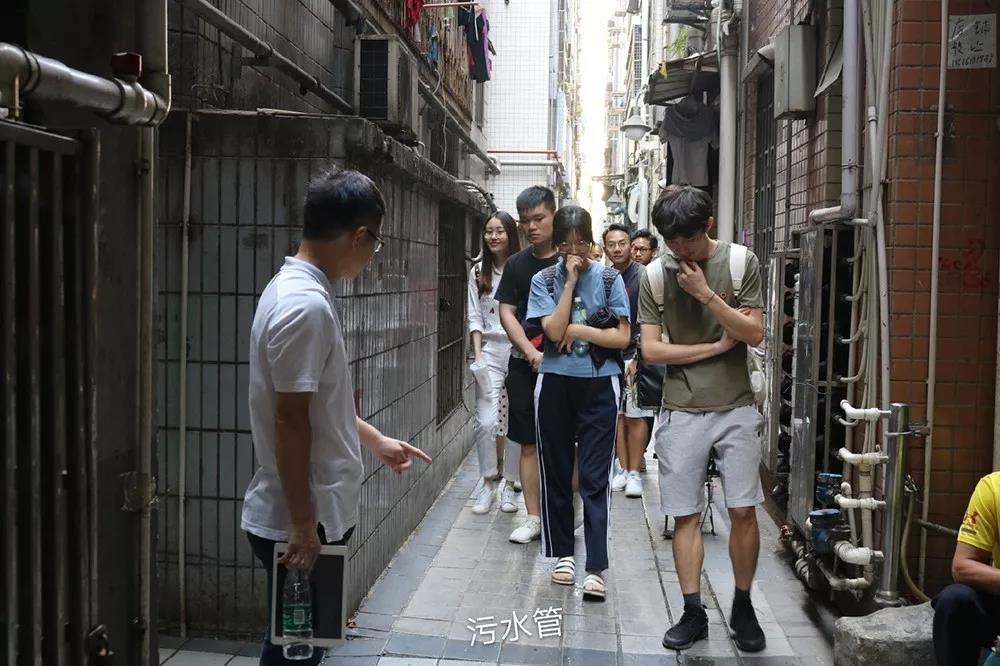 In the process of once-rural landowners’ transforming their real estates into urban villages built on dense, the government chose to improve these communities’ environment, such as recent completed construction of sewage pipe systems and video security systems. At the meantime, the government worked with state-owned enterprises to renovate the existing buildings, such as the "Lemon Apartment". After the installation of the corridors, elevators and fire exits, eligible new graduates can rent it at a price of 75 yuan per square meter. 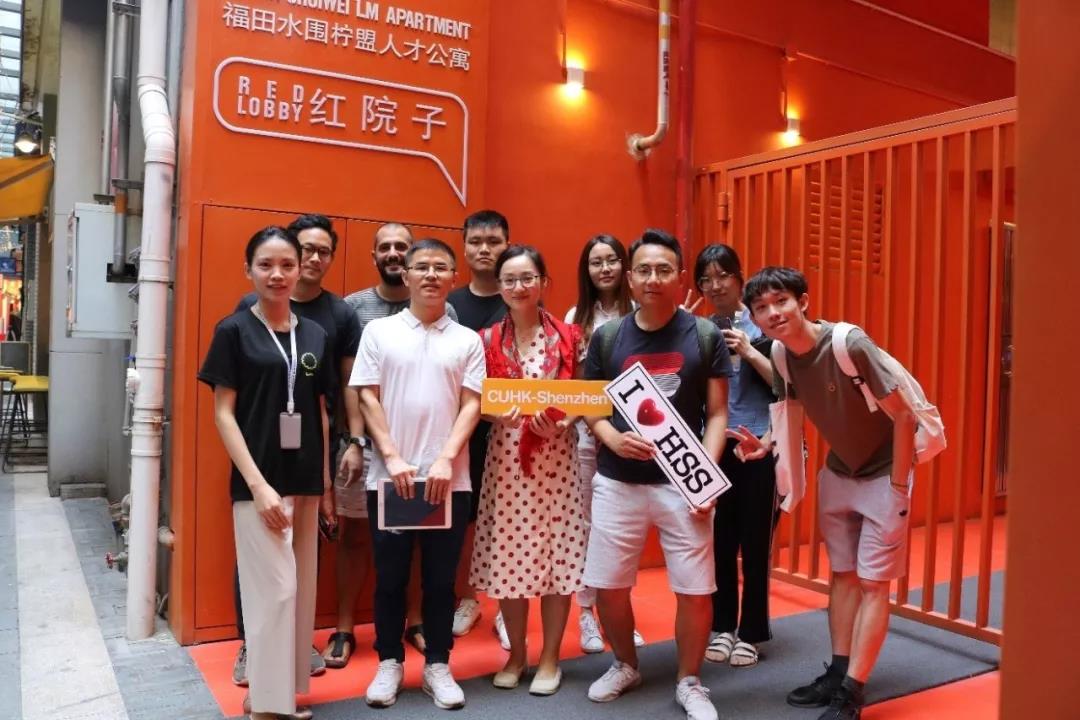 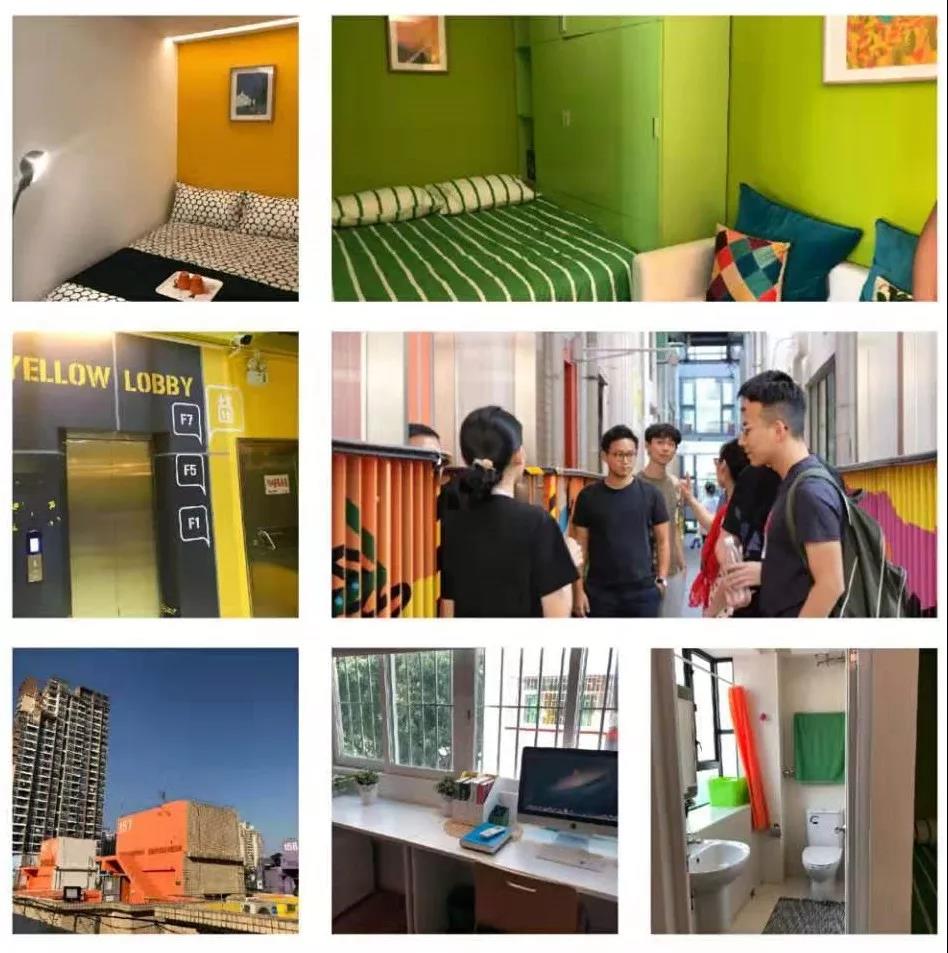 In addition to renovating urban villages, the government has also directly designed and implemented the livable project, the Overseas Chinese Town (OCT), which looks trendy in the whole country 20 years ago. In Ecological Plaza and Loft Commercial Street, the ground is not required to be absolutely flat. The trend of natural mountains is retained in the city center. The permeable material is used to keep the circulation of precipitation, surface and groundwater, and all native vegetation is used. The community pools are small, mostly used to collect rainwater and only to improve local circulation. For the above reasons, OCT has become one of the two highest quality residential communities in Shenzhen people's mind. 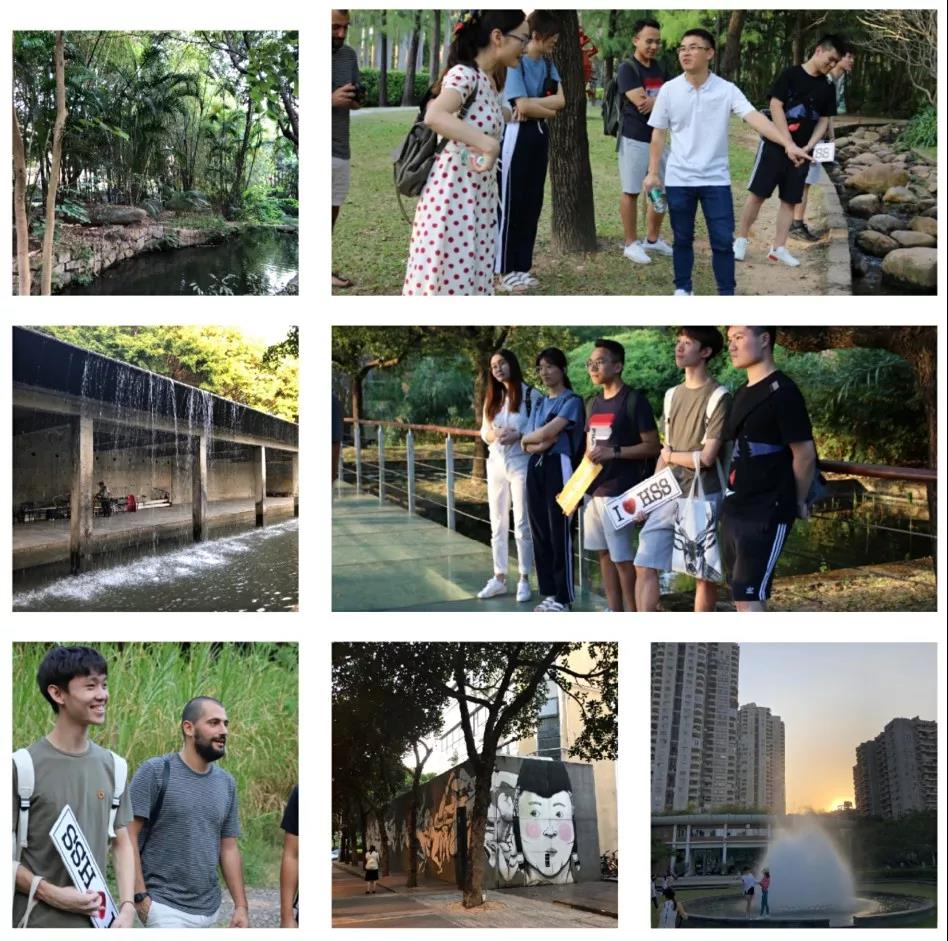 The professors and students were talking while walking. Professors were active when answering students’ questions and using slides as supplement. The patience of the professors and the active participation of the students made this class different from others.

I didn't think field trip would be so much fun before it started. I even found it a hassle to travel all the way downtown to write a report.

But the narrow alleyways of Shuiwei village, the colorful roofs of Lemon Apartments, and the houses of OCT, all reflected Shenzhen's development. The professor's meticulous explanations made us all put ourselves into the design of urban planning, actively communicating with the professor. During the dinner, we were not only chatting, but also discussing about society and development in the laughter.

The trip was like a dynamic classroom, giving us a platform to brainstorm during the trip. There are more than 1000 urban villages in Shenzhen. When we started to worry about how we should deal with this kind of issue, we met the ‘Lemon Apartment’, which is rebuilt by the government-owned companies based on the former urban villages. They have been constructed to provide apartment at high quality and security level for young graduated job hunters in Shenzhen. Professor Chan told us that this might be an available solution to deal with urban villages nowadays, instead of just destroying and rebuilding.

This field trip was so much fun! Ms. Dang specially invited Prof. Chen Yiyong from Shenzhen University to give us a real experience of the urban village in Shenzhen. Through Professor Chen's meticulous explanations, we learned a lot of issues that we had not paid attention to before. Prof. Chen also took us on a tour of the transformed Urban village -- Lemon Apartment, a highly coveted subsidized housing scheme for graduates. Then Prof. Chen took us to the OCT. It is a multifunctional area. Prof. Chen also told us the design story of the chief designer of this area. At the dinner, Ms. Dang let us talk about the idea of reflective essay one by one. I asked how to make housing like the Lemon Apartment available for everyone. Because I felt that such a policy should benefit every young person. The teachers came up a new question to my question. That is why do you want such housing to be universal? Because the truth is that the society has evolved to this point, and if you find housing in big cities unaffordable, you can choose to leave. If you want everyone to live in subsidized housing, as in China a few decades ago, it may come at the price of poverty again. Therefore, it is unrealistic to popularize government subsidized housing for talented people in China. I think the teacher's viewpoint gave me a lot of inspiration and reflection. I just stood in my own perspective. I really enjoyed seeing a new side of the city where life is more ordinary and common in Shenzhen, compared to the big modern shopping malls in the city center. The opportunity to get a tour through the urban villages and see from the inside with a Professor at hand to explain how those areas developed was very insightful. The trip made me realize how many problems arise with a city developing that fast and how difficult it is to try to keep up with this fast development. Especially from the view point of a local or central government.

Also very interesting was the effort from the city to attract young people to live in Shenzhen through the Lemon Apartment as an incentive to move to Shenzhen and work here. I did not think this would be necessary since the city is known for its good job opportunities, but apparently there is a short-come of affordable housing.

I am really glad that this field trip was organized, so that we could experience some new parts outside Longgang and get some first-hand information at the places we visited from local experts.

Standing in the urban village, I could see a piece of the world. Sitting in the CBD, I could feel the breath of silent beauty. Feeling nature in the city, planning the future in the pursuit of knowledge. I think that is the greatest touch this field trip brought me. It was so worthy!

I think it is great that we had the field trip to the urban village as an addition to the conventional lectures. It was a very valuable experience to get out of the campus and look at sustainability issues from a real-world perspective. Especially as a student from abroad it was interesting to see the urban development of Shenzhen and modern China and learn first-hand about the challenges that come with it.

This trip gave me a deeper understanding of Shenzhen's future urban development. How to provide a safer, more dignified and affordable living environment and services for migrant workers in Shenzhen is an urgent issue to be resolved. And the "Lemon Apartment" model is a very meaningful exploration. 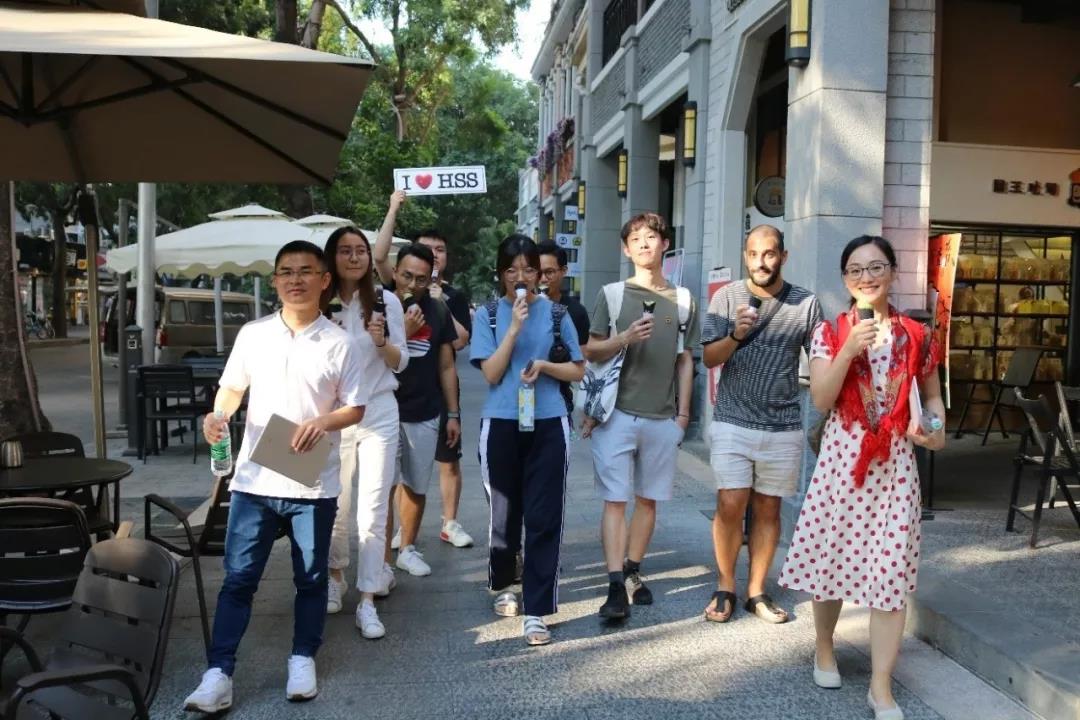