ZHENG Diwen, a freshman from the School of Humanities and Social Sciences, attended Eleventh ASEAN Youth Camps and the Fourth ASEAN Youth Summit in China as one of 30 Chinese youth delegates. She was chosen as the sole delegate by the Chinese delegation and vote at the revision meeting of China-ASEAN Youth Declaration, to speak for China and Chinese youth.

From October 22th to 28th, Eleventh China ASEAN Youth Camps and the Fourth China ASEAN Youth Summit were held in Beijing, whose topic was "Uniting Youths, Inspiring Change". ZHENG Diwen, a freshman from the School of Humanities and Social Sciences, attended Eleventh ASEAN Youth Camps and the Fourth ASEAN Youth Summit in China as one of 30 Chinese youth delegates. She was chosen as the sole delegate by the Chinese delegation and vote at the revision meeting of China-ASEAN Youth Declaration, to speak for China and Chinese youth. Deputy Secretary General of the All-China Youth Federation, Deputy Minister of Defense of Malaysia, member of the Dewan Negara Liew Chin Tong, senior diplomat and former secretary general of the ASEAN Center in China, Yang Xiuping, and other guests More than 160 students from China, ASEAN and other countries attended the opening ceremony. Through activities such as the simulation of the ASEAN Meeting and Forum, the summit enabled student representatives from China, ASEAN countries and other multinational countries to gain a better understanding of the obstacles and opportunities of China-ASEAN cooperation in various fields. It also allowed them to discuss the development prospect of China-ASEAN cooperation and put forward their own views.

At the end of the summit, one representative from each of the 10 ASEAN countries and each of China's participating countries was chosen to speak and vote at the meeting to revise the China-ASEAN Youth Declaration. For the 30 Chinese youth representatives, most of them were undergraduates, master's degree students or even doctoral students from traditionally well-known universities such as Tsinghua University, Peking University, Fudan University, Beijing Foreign Studies University, University of International Relations and the Foreign Affairs College. ZHENG Diwen, as a freshman, at first wasn't sure of herself because of her age and lack of experience. When the moderator asked her if she would like to raise her hand as the general representative at the Youth Declaration drafting and voting conference, she didn't dare to raise it, though she always felt the urge to accept the challenge. ZHENG said, "But the opportunity was right in front of me, and if I hadn’t tried and had gave it up, I think I would regret it very much. After much struggle, I became the last Chinese delegate to raise my hand to sign up." As to why she was finally able to get the unanimous approval of the members of the Chinese delegation, being elected as the general representative of China, ZHENG Diwen believes that in addition to thanking her elderly mates in the delegation for their love and care, she also benefited from her improvisational English skills and stage presence from the community activities. "If you try and fail is better than if you try to fail in fear of failure", she recalled. China-ASEAN Youth Declaration" drafting and voting conference site, ZHENG Diwen as a representative of China to vote on the contents of the declaration

For ZHENG Diwen, entering the international arena for the first time, the most exciting moment was on behalf of China's voice. On October 28th, during the final discussion and vote on the declaration, one of the representatives first proposed to delete the Belt and Road clause in the Youth Declaration, which was echoed by the other nine ASEAN representatives. As the general representative of China, ZHENG Diwen resolutely voted against it. She was also the only representative on the scene who cast a negative vote. She felt under a lot of pressure at that time, but also more responsibility. She regarded the Belt and Road as an important part of China's foreign policy in the new era, which should not be deleted because of the bias of the delegation. After three rounds of negotiation, she finally convinced the representatives of the ten ASEAN countries to put the Belt and Road into the Declaration on Youth of China-ASEAN unanimously through the terms of the agreement. The declaration is divided into five parts: regional security, economy and trade, innovation and technology, environmental resources and youth affairs. This declaration embodied the hard work of the delegates. It expressed their sincere wishes for the friendly and good-neighborly relations between China and ASEAN. Because of her insistence, the voice of the Chinese youth was able to reach the international stage, which is ZHENG Diwen's proudest thing.

Group photo of the representatives of eleven countries after the adoption of the China-ASEAN Youth Declaration. Fourth from the left is ZHENG Diwen

During the seven-day summit, representatives from different countries and schools discussed issues related to ASEAN's economic and financial, market integration, artificial intelligence and some development issues. They provided youth wisdom and strength for international cooperation between China and ASEAN in sustainable development.

The China-ASEAN Youth Summit was co-sponsored by a group of Chinese and ASEAN students in Beijing who were interested in China-ASEAN affairs and keen to promote China-ASEAN regional cooperation through dialogue and exchanges. Since 2016, the summit has been successfully held for three sessions. Every year, more than 100 university students from China and East Asia gather at Peking University to discuss the development prospects of China-ASEAN cooperation. Through the Model ASEAN Conference and Forum, students have a deep understanding of the obstacles and opportunities of China-ASEAN cooperation in various fields, and put forward their own views, which provide an excellent platform for the youth exchange between China and ASEAN.

The China-ASEAN Youth Camp is a national youth exchange brand project carried out by the All-China Youth Federation in the name of the Central Committee of the Communist Youth League, which has successfully held 10 sessions since 2001. It has caused extensive positive influence among the youth groups in ASEAN countries and made an important contribution to the youth exchange between China and ASEAN countries. 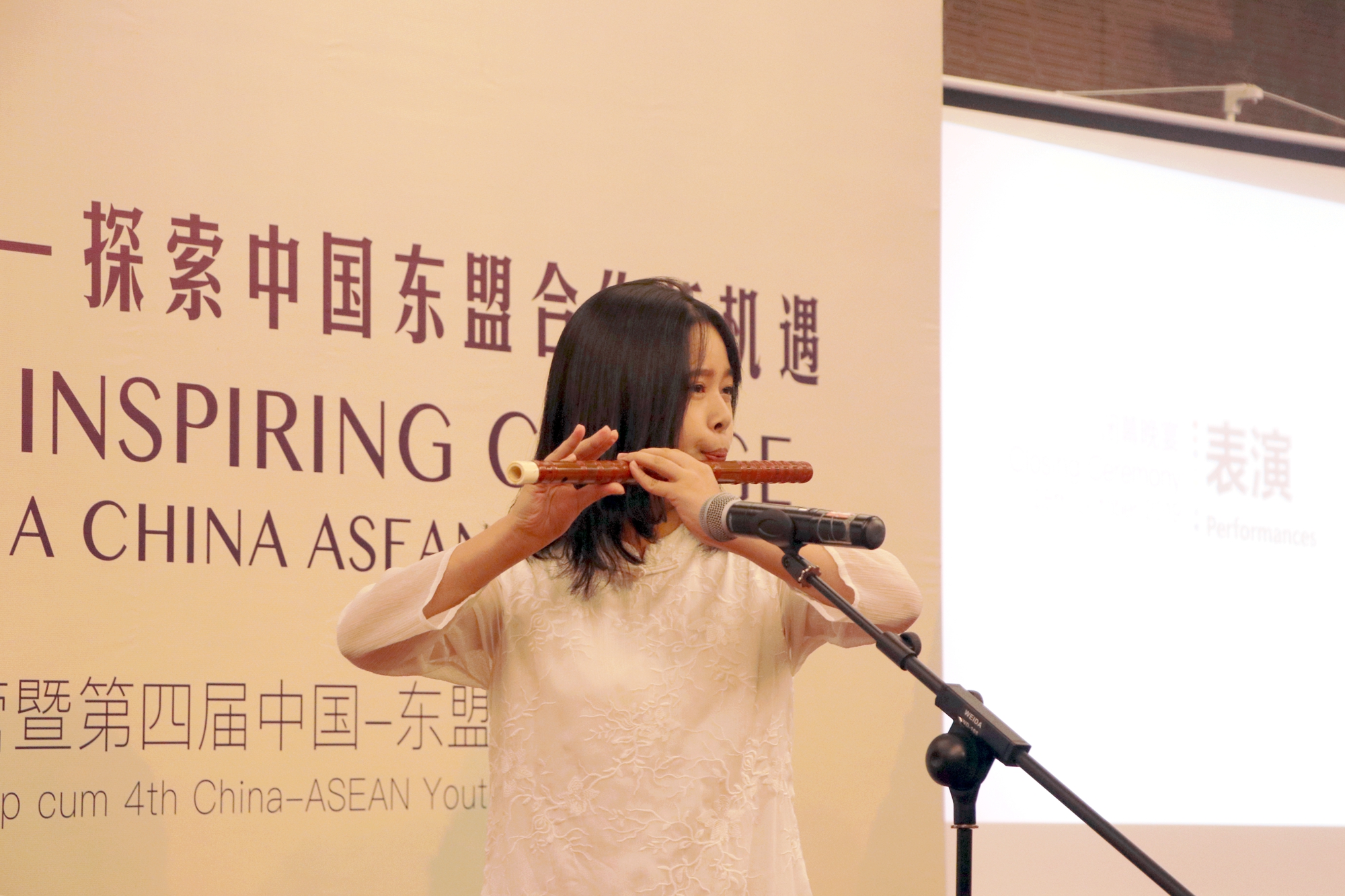