Recently, two undergraduate papers from the School of Humanities and Social Science (HSS) have been accepted for full paper presentation at the forthcoming 16th International Pragmatics Conference to be held at The Hong Kong Polytechnic University from June 9-14, 2019.

Recently, two undergraduate papers from the School of Humanities and Social Science (HSS) have been accepted for full paper presentation at the forthcoming 16th International Pragmatics Conference to be held at The Hong Kong Polytechnic University from June 9-14, 2019.

Both papers evolved from the course TRA2520 Textual Analysis and Readings offered as part of the undergraduate Translation program by the School of Humanities and Social Science at The Chinese University of Hong Kong, Shenzhen. The first paper is a single-authored paper by undergraduate student Jean Guojin Lu, based on an individualized final project for the TRA2520 course. The second paper is a multi-authored paper that emerged from course lectures on the topic of multimodality and the promotion of China's mega-cities, with undergraduate student Trista Xinyi Yang as first author. These papers are accepted for the panels on "Creating and Sharing Public Humor across the Media" and "Visual Images and Identity Construction in Public Discourse" for the 2019 International Pragmatics Conference. 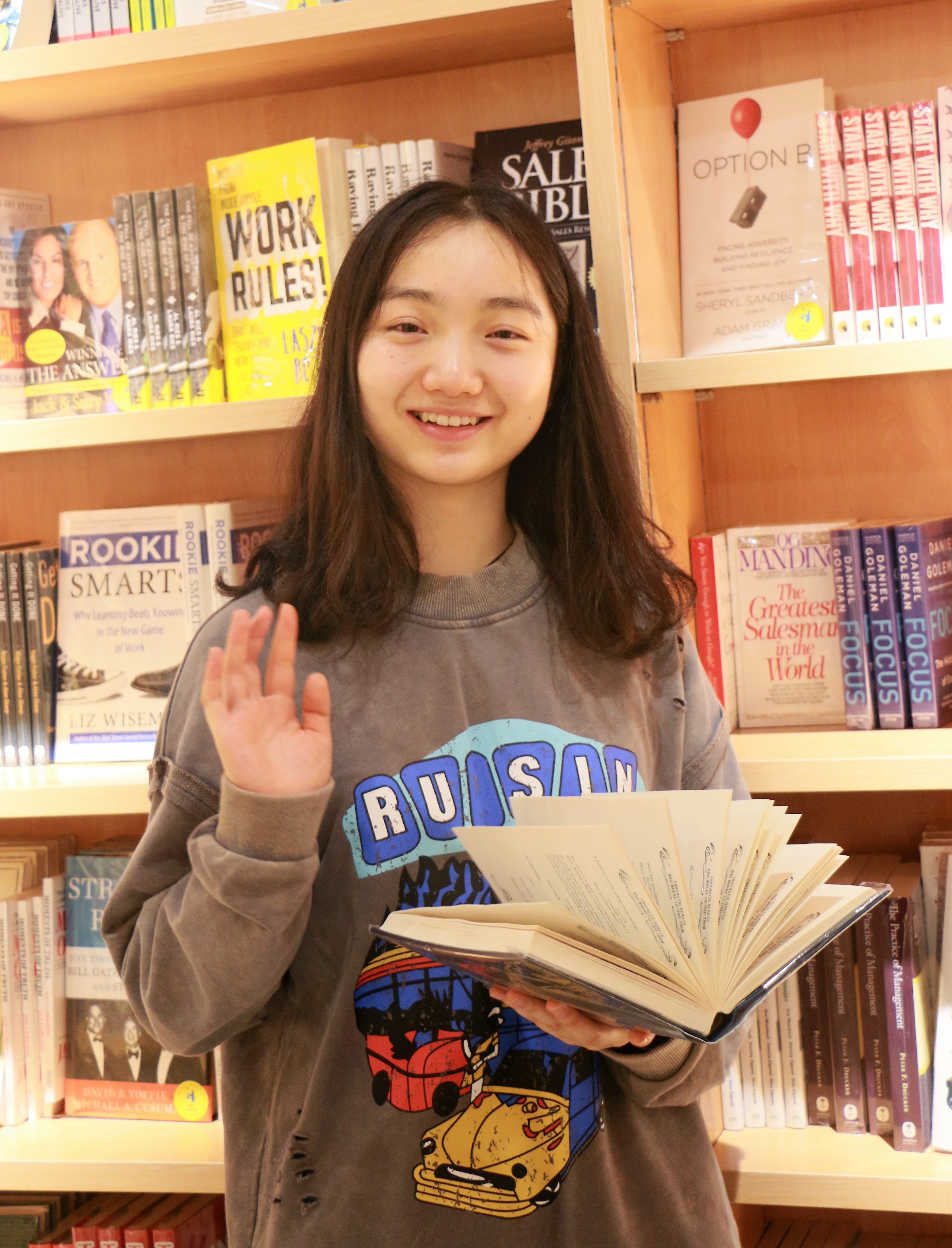 "YOU are in my joke!”: On the use of the second person pronoun in standup comedies from the perspective of Superiority Theory Visual representation of Shenzhen, 'City of the Soaring Eagle': A multimodal analysis of China’s futuristic mega-city

The International Pragmatics Conference brings together thousands of researchers from all over the world in pursuit of advancing the study of language use, with implications for better communication across languages and cultures. It is one of the largest and best-known linguistics conferences and is held every two or three years. This conference will be hosted for the second time in Asia in neighboring Hong Kong in June 2019.

Prof. Yap received her PhD in Applied Linguistics from UCLA (1999), and since graduation has taught at Cornell University, Sophia University (Tokyo), The Chinese University of Hong Kong (Shatin campus) and The Hong Kong Polytechnic University. Her research interests are in the areas of language change, language typology (crosslinguistic studies), language acquisition and processing, cognitive-functional linguistics and discourse analysis. 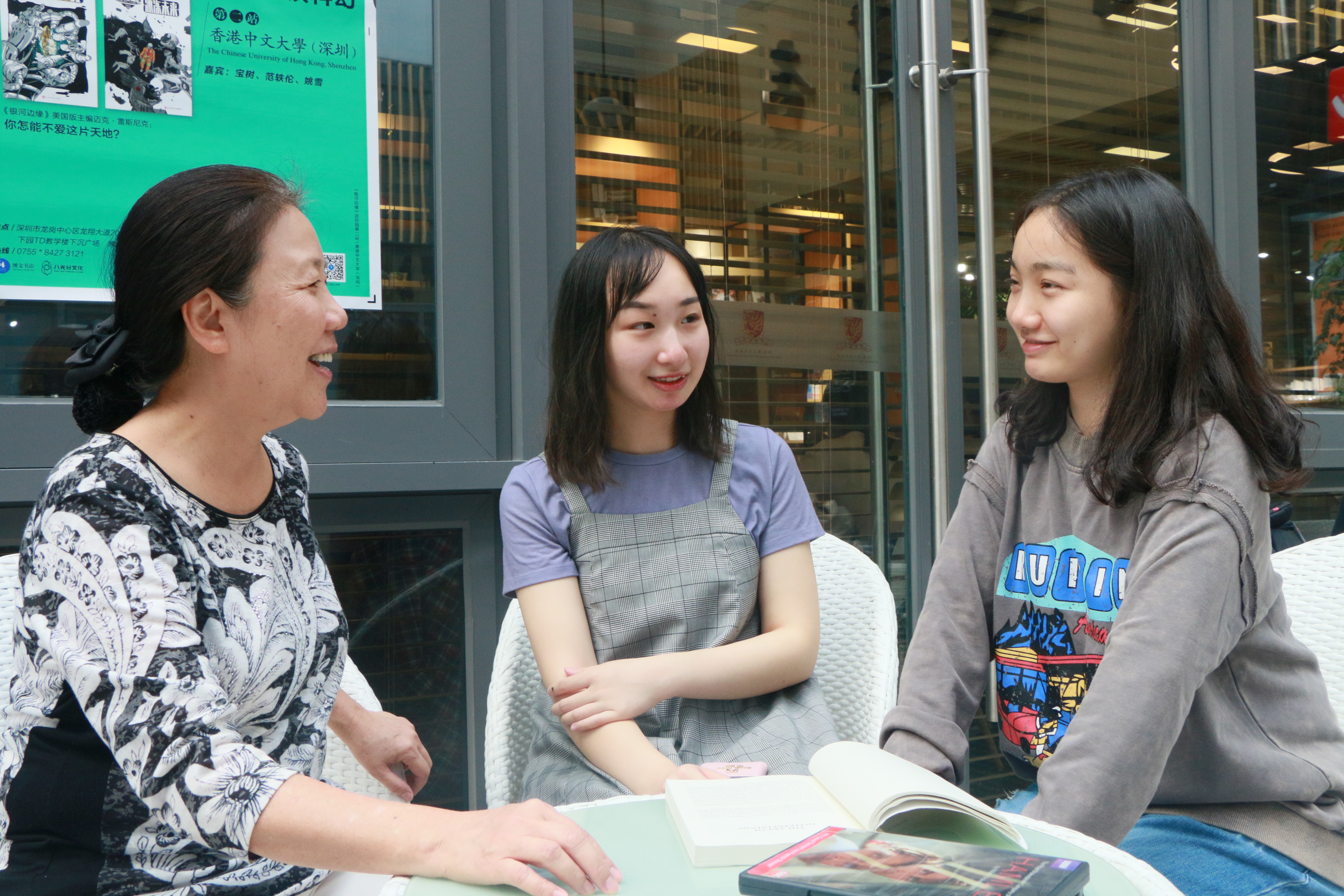 Prof. Yap has published an edited book on Nominalization in Asian Languages: Diachronic and Typological Perspectives (2011), as well as guest-edited two journal special issues, the more recent of the two on “Stance-taking and Stance-marking in Asian Languages” in Journal of Pragmatics (2015). She has also (co-)authored over 50 articles in edited volumes and international journals such as Diachronica, Journal of Historical Pragmatics, Issues in Applied Linguistics, Language Science, Lingua, Linguistics, Studies in Language, Text & Talk, Discourse & Society, and Memory & Cognition. She was the PI of 3 competitive external grants (CERG and GRF) from the Research Grants Council of Hong Kong (2005-08, 2010-14, 2014-17).

The paper entitled “YOU are in my joke!”, by HSS undergraduate student Guojin Lu, examines how the second person pronoun ‘you’ is used by standup comedians to ridicule self and others in a humorous manner which, crucially, can attenuate potential face-threats that sometimes arise from pointed and caustic remarks made by the comedians. Using both conversational analysis and critical discourse analysis, this study identifies how the mesial/distal feature of the second person pronoun ‘you’ (i.e. the exclusive and away-from-speaker stance) contributes to the creation of explicit ‘inferior’ (and laughable) selves and others, while the proximal feature (i.e. the inclusive and near-speaker stance) contributes to the creation of implicit ‘superior’ (and laughing) audiences. This study contributes to the refinement of Superiority Theory by adding an additional parameter (viz-a-viz specific vs. generic referents) into existing discussions of negative other-representations and negative self-representations in media talk and public discourse.

The paper entitled Visual representation of Shenzhen, ‘City of the Soaring Eagle’, by undergraduate student Xinyi Yang and her co-author mentors Foong Ha Yap and Yi Deng, examines how Shenzhen promotes its image as an ultra-modern hi-tech research-and-development hub and a highly sustainable futuristic green city through visual images and other semiotic devices. Using a social semiotics framework, the paper analyses how the promotional video “Shenzhen China” uses color, music, motion, graphics and camera techniques to present a positive portrait of Shenzhen as a soaring eagle in China’s modernization and internationalization blueprint. This study forms part of a series of semiotic analyses of how major world cities promote their city image—be it as pioneer city, green city, innovation hub, cultural centre, avant garde fashion centre, and/or futuristic city—through multimodal forms.